What Does Knee Surgery Cost? Few Know, and That’s a Problem

The price we pay for healthcare often has little connection to what is actually costs. One hospital decided to investigate.

For nearly a decade, Gundersen Health System’s hospital in La Crosse, Wis., boosted the price of knee-replacement surgery an average of 3% a year. By 2016, the average list price was more than $50,000, including the surgeon and anesthesiologist.

Yet even as administrators raised the price, they had no real idea what it cost to perform the surgery—the most common for hospitals in the U.S. outside of those related to childbirth. They set a price using a combination of educated guesswork and a canny assessment of market opportunity.

Prompted by rumblings from Medicare and private insurers over potential changes to payments, Gundersen decided to nail down the numbers. During an 18-month review, an efficiency expert trailed doctors and nurses to record every minute of activity and note instruments, resources and medicines used. The hospital tallied the time nurses spent wheeling around VCR carts, a mismatch of available postsurgery beds, unnecessarily costly bone cement and delays dispatching physical therapists to get patients moving.

The actual cost? $10,550 at most, including the physicians. The list price was five times that amount. 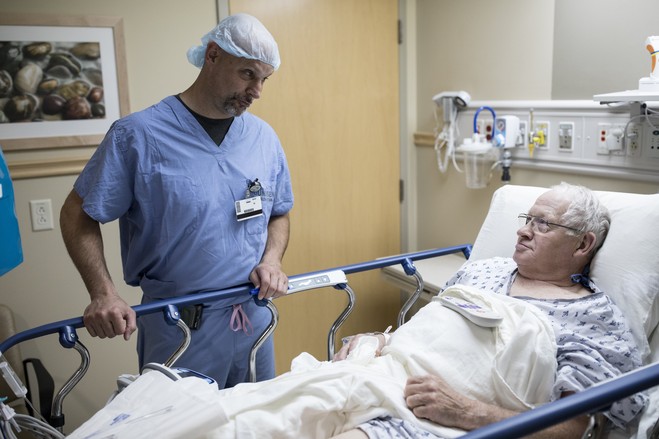 Surgeon Mark Topolski spoke to Walter Spolum before his knee was replaced in June, and marked his left leg. 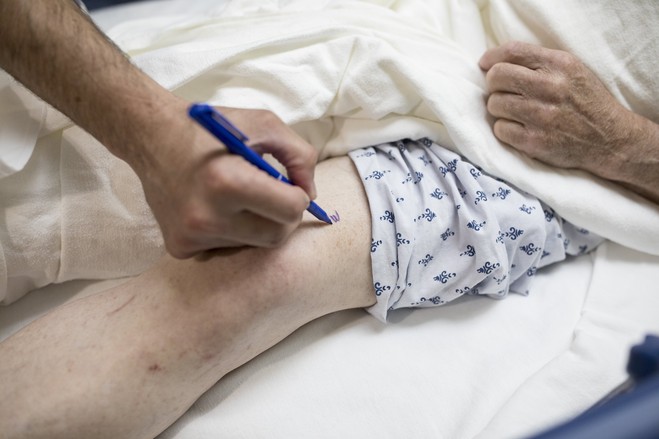 Competitive forces are out of whack in health care. Hospitals are often ignorant about their actual costs. Instead, they often increase prices to meet profit targets. Patients, especially those with insurance, often don’t know the price of a procedure and rarely shop around.

This dynamic is a driving force in the explosion in health-care spending in the U.S., which will soon reach close to 20% of GDP. Americans spend more per capita on health care than any other developed nation, even though they aren’t buying more health care overall. The rise in hospital prices has outpaced economywide inflation for decades. “When price isn’t tightly linked to cost, that is a sign that the market isn’t competitive,” said Harvard economist Leemore Dafny. 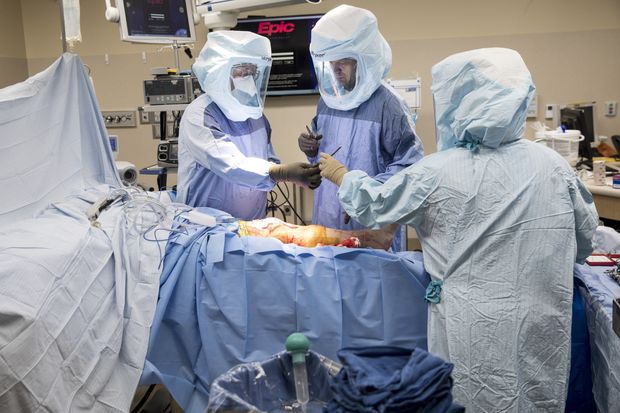 Hospitals can be shielded from the competition that forces other industries to wring out expenses and slash prices. Hospital list prices are a starting point for negotiations with insurance companies over what they will actually pay, and those deals are confidential. Consolidation has given hospitals greater pricing power in many markets, according to health-economics researchers.

“Being cost effective was not an imperative in that type of market dynamic,” said Derek Haas, chief executive officer of Avant-garde Health, a health-care cost and quality analytics company that worked with Gundersen.

“It’s a standard procedure” that doesn’t vary much from one hospital to another, and nor should its costs, Mr. Kaplan said. “Carve out the old knee and put in a new joint.” 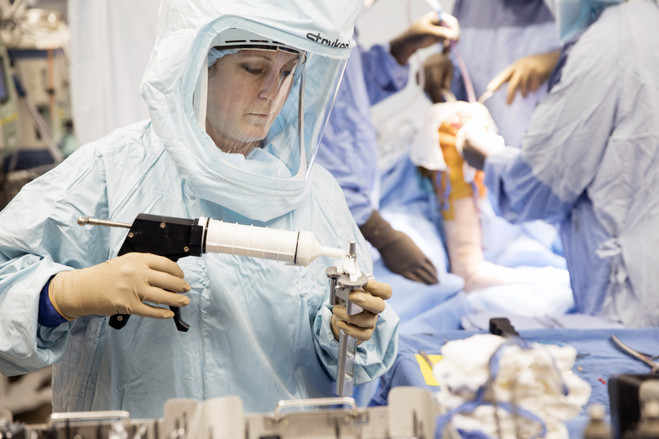 The study found the hospital had been using an expensive cement premixed with antibiotics and could switch to a less-expensive variety. Above, a technician prepares the cement during Mr. Spolum’s surgery.

For consumers, the prices paid for the surgery at some hospitals in the U.S. were more than double the prices at others, according to an analysis of 88 million privately insured people to be published in the Quarterly Journal of Economics.

Before 2016, Gundersen Lutheran Medical Center, one of the Gundersen system’s six hospitals, lacked even an estimated cost for knee-replacement surgery, which it performs an average of more than 400 times a year. The hospital long set its price, with help from consultants, to be on par with other hospitals, and to sustain the orthopedic department’s margin. Cost approximations, such as those used by Medicare to value a physician’s time, are a starting point for many hospitals.

The project to nail down a cost was initiated in 2013 by Lisa Wied, who then oversaw Gundersen’s orthopedic department. She had stumbled across an initiative on the internet by the Institute for Healthcare Improvement, a Boston-based health-quality nonprofit, to dig into hospital joint-replacement costs. “It hit home,” said Ms. Wied, who previously worked in manufacturing, an industry that more scrupulously tracks its costs.

What Does a New Knee Cost?

Gundersen Health System in La Crosse, Wis., for the first time measured the minute-by-minute cost for it to perform knee replacement surgery, revealing an average cost of $7,300 to $10,550 in 2016. The scrutiny then gave it the ability to squeeze out average savings of $1,850.

Ms. Wied dispatched a nurse and an efficiency expert with stopwatches to trail patients into exam rooms and surgical suites. They mingled with technicians, doctors and physical therapists, measuring time spent and supplies used. Labor is the single-largest expense for hospitals, and the minute-by-minute accounting gave the hospital a precise look.

On average, a certified nurse assistant needed 10 minutes to collect personal items such as glasses or dentures from patients before surgery. A technician took another 20 minutes to insert an IV into patients awaiting the operation. Time spent in Gundersen’s operating room—the most expensive minutes of a patient’s hospital visit—averaged 95 to 105 minutes. 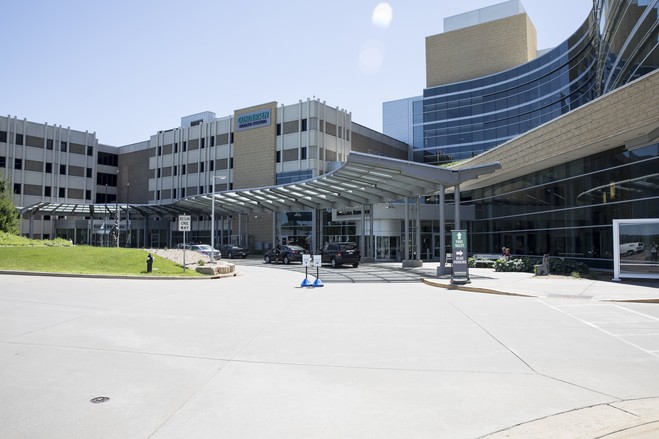 On busy days, the hospital had no available beds for knee-replacement patients after surgery. Patients with nowhere to go remained in temporary postsurgical units for as long as 24 hours, prolonging their recovery. The backlog created confusion among physical therapists, who waited to start recovery until patients transferred to the hospital’s orthopedic unit.

Meantime, doctors didn’t always order physical therapy to begin quickly even when patients were rapidly transferred to the orthopedic unit.

Research shows patients who start moving soon after surgery, often the same day as an operation, have shorter hospital stays, less pain and more strength and mobility than patients who wait.