Taken For A Ride: M.D. Injured In ATV Crash Gets $53,603 Bill For Air Ambulance Trip

It was the first — and only — time Dr. Naveed Khan, a 35-year-old radiologist, ever rode in an all-terrain vehicle.

Khan took the wheel from his friend and drove circles in the sand, on a trail along the Red River in Texas.

“As soon as I turned to the side where my body weight was, this two-seater vehicle … just tilted toward the side and toppled,” Khan recalled. It landed on his left arm.

Khan, feeling lightheaded, tied his jacket around his arm like a tourniquet. He and his friend managed to right the ATV, drive back toward the street and call 911.

When an ambulance delivered him to the emergency room at United Regional Health Care System in Wichita Falls, Khan was surprised to hear a doctor murmur that it was the worst arm injury he’d ever seen.

Khan needed immediate helicopter transport to a trauma center for surgery in Fort Worth, if there was any hope of saving the arm.

Groggy from painkillers, Khan managed to ask the doctors how much the flight would cost and whether it would be covered by his insurer. “I think they told my friend, ‘He needs to stop asking questions. He needs to get on that helicopter. He doesn’t realize how serious this injury is,’ ” Khan recalled.

Flown 108 miles to John Peter Smith Hospital in Fort Worth, the closest Level I trauma center, Khan was whisked into surgery to clean out the wound, repair his shattered bones and get blood flowing to the tissue.

He had a total of eight operations to try to save his left forearm before he finally gave up. After weeks in the hospital, he asked the doctors to amputate, so he could get on with his life.

And then the bill came. 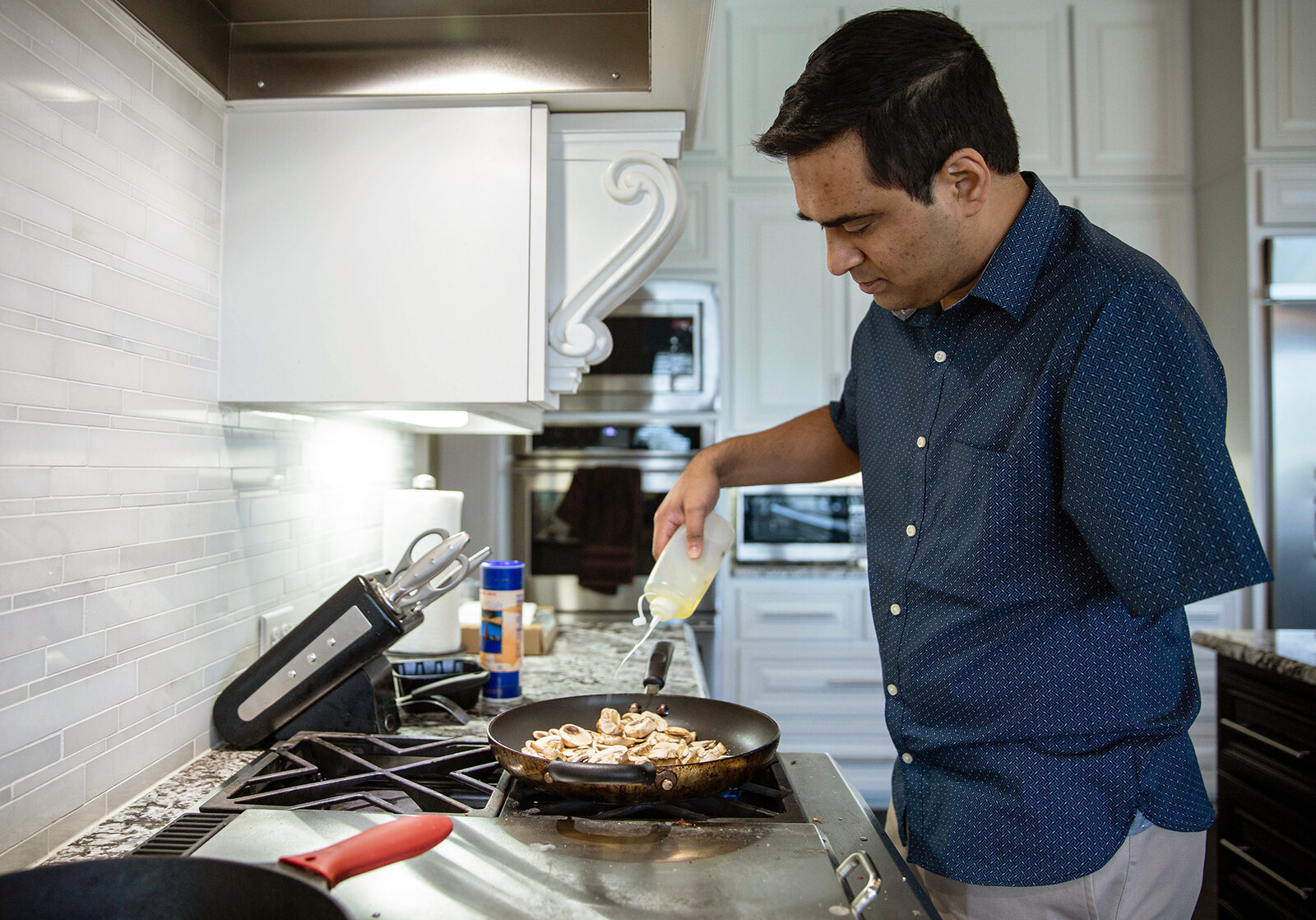 Khan makes lunch for his wife, Ayesha, and their children. He has always enjoyed being in the kitchen and says cooking has been a helpful part of his recovery.

Medical service: Khan was flown from the United Regional Health Care System in Wichita Falls, Texas, to the John Peter Smith Hospital in Fort Worth.

What gives: Khan got his first call from Air Evac Lifeteam just three days after the accident, while he was still lying in the hospital. A company representative told him the helicopter ride would most likely cost more than $50,000 and asked him how he planned to pay.

For Khan, rapid transportation to the trauma center was essential since the blood supply to his arm had been cut off, said Dr. Rajesh Gandhi, the medical director for trauma services at JPS Hospital.

But complaints about sky-high bills to patients for air ambulance services are common. Since launching the “Bill of the Month” series in February, NPR and Kaiser Health News have received more than a dozen bills from patients like Khan who were charged tens of thousands of dollars for an air ambulance ride even after insurers’ payments.