Fortune: Big Hospitals vs. Big Pharma: Which industry is most to blame for soaring health care costs? 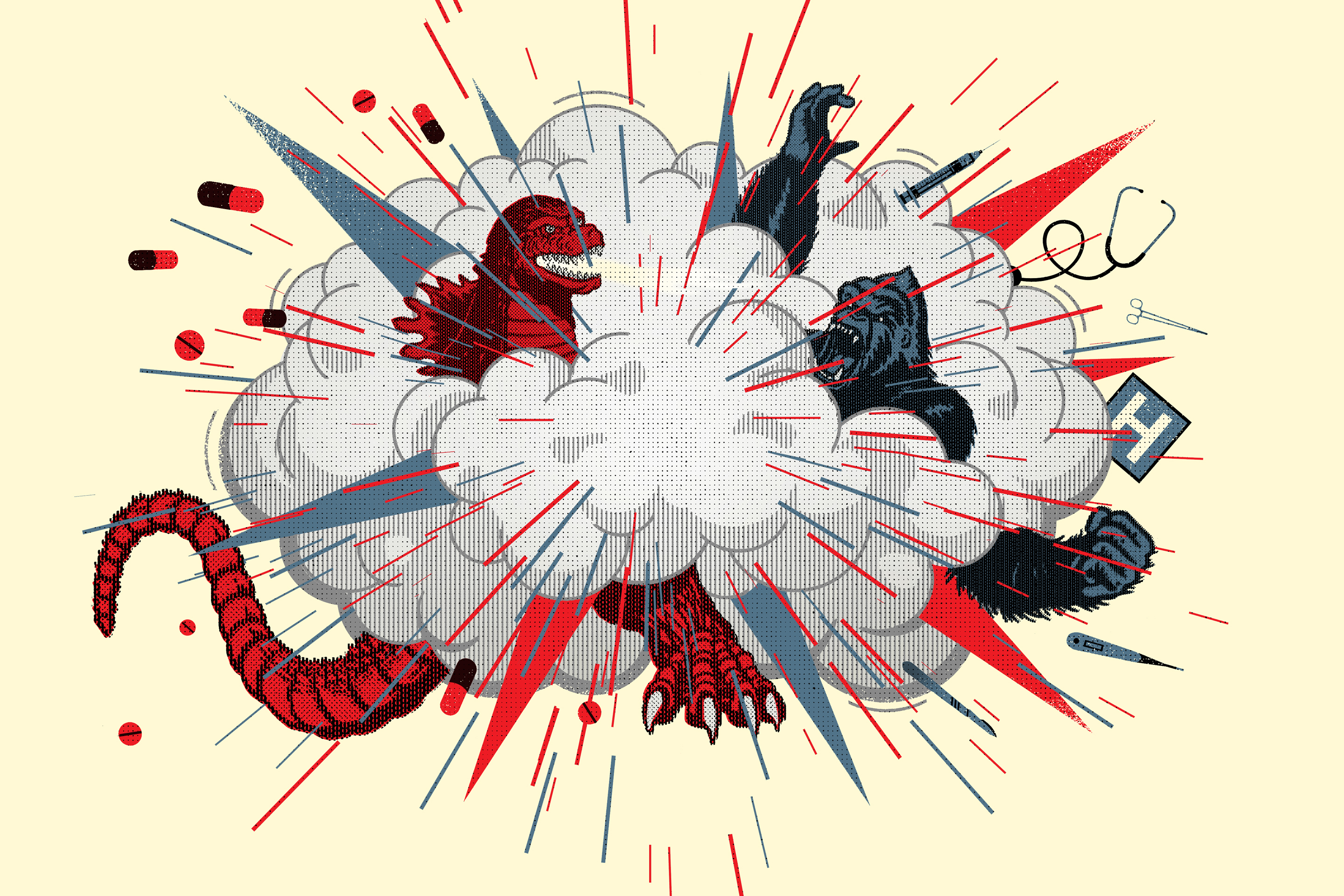 ILLUSTRATION BY DAN PAGE
“It’s just appalling,” says Molly Smith, group vice president for public policy at the American Hospital Association. She’s talking about a new report from the Pharmaceutical Research and Manufacturers of America (PhRMA). “Hospitals’ Practices Increase Costs of Medicines for Patients & Employers,” the press release blared, further claiming “the system routinely rewards hospitals for extracting two to three times more revenue from the sale of a medicine than the company who discovered and made it” when administered under a government program for getting drugs to the most vulnerable patient populations.

Smith, steaming, is having none of it. “The program was solely created because of the high drug prices that [drugmakers] and they alone set,” she says. “And then when they’re upset that such a program got set up because of their egregious pricing practices, they come after it. They’re making hand over fist in profits. But, you know, anything that cuts into their bottom line …”

America’s hospital industry and pharmaceutical industry—combined 2019 revenues: $1.6 trillion—are feuding more sharply and publicly than ever, and for good reason. One political party currently controls both the legislative and executive branches. And when that happens, especially in a new President’s first two years, big changes tend to follow. That’s how the Tax Cuts and Jobs Act became law under President Trump and how the Affordable Care Act got passed under President Obama. Now President Biden and the Democrats who control Congress have come to power with ambitious plans to reform U.S. health care and stem the ever-rising costs—and Big Hospitals and Big Pharma could be in the crosshairs.